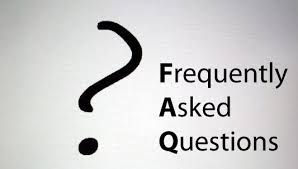 “FAQ”
What is the difference between the Lease Agreement and the Leave/Licence Agreement ?
Lease – This is defined under Section 105 of The Transfer of Property Act, 1882, is a transfer of the right to enjoy the concerned property for a pre-defined time period or in perpetuity. The lessor (owner of the property) gives the lessee (the one leasing the property) such consideration periodically, usually at the beginning or end of a lease agreement.

License – This is defined in Section 52 of the Indian Easements Act,1882. License does not allow any interest in the premises on the licensee’s part. It merely gives the licensee the right to use and occupy the premises for a limited duration.

Why is it considered necessary to register a property? What is the purpose of registration?
By registering the transaction of an immovable property, it becomes permanent public record. Title or interest can be acquired only if the deed is registered.

What is the Definition of Non Resident Indian (NRI)?
NRI(s) can be defined as –
♦ Indian citizens who stay in a foreign country for employment.
♦ Indian citizens carrying on their businesses or vocations.
♦ Indian citizens abroad for any other purpose in the circumstances indicating a definite intention to stay outside India for an indefinite period.

♦ Indian citizens working abroad on assignment with foreign governments or international agencies.
♦ Officials of central and state government and public sector undertakings deputed abroad on temporary assignments or posted to their offices abroad.
♦ Indians who have settled abroad permanently or gone abroad on immigration.

Can a person of Indian origin resident outside India gift properties acquired earlier in terms of the provisions of FERA/FEMA?
Yes. RBI will consider application from NRIs for remittance of assets, inherited by them in India. Such remittance may be permitted up to US$ 100,000 per year.